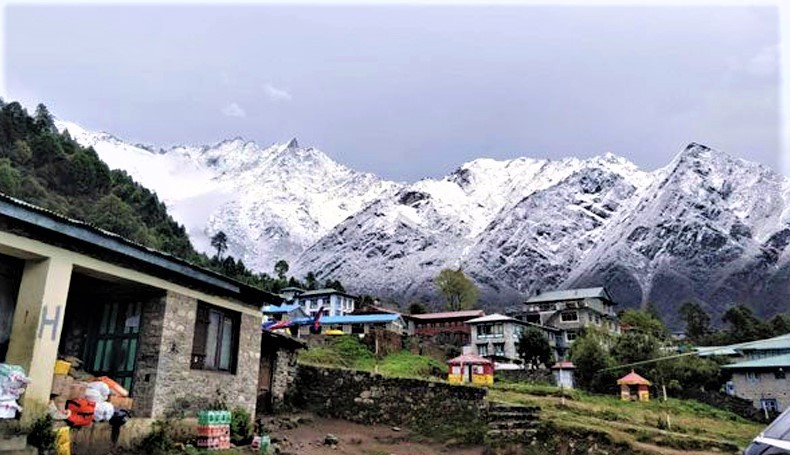 It is a spectacular tour of the Everest Region. It replaces the major trekking and tours in the Everest region namely: Everest Base Camp and Gokyo- Chola Pass- Everest Base Camp. There is no age bar for doing Everest Heli Tour. Flying in the helicopter in an open sky and witnessing giant lakes, glaciers, and mountain peaks including Mt. Everest, the top of the world is absolutely stunning.

Everest Heli Tour is notably popular among the tourists who really want to capture Mt. Everest, the top of the world without any effort in trekking along the off the beaten trail in the mountain in the Everest Region in Nepal. They can escape adventurous trekking to Everest Base Camp and they go by flight.

Everest Heli Tour is operated by many reliable airlines in Nepal. We begin this helicopter tour with a helicopter from Kathmandu airport early in the morning at around 5.30-6. Then, we begin to soar up in the open sky. First, we witness Ganesh Himal, Langtang Range and we further fly to the Khumbu region.

Now, the giant peaks in the Everest region begin to loom which stun our eyes and the cameras as well. The glaciers, freshwater lakes, and the magnificent mountain range will fully enjoy us. Most significantly, we were astonished to witness Mt. Everest, the top of the world.

Before we head to Kalapatthar,  we get equipped at Syangboche. Now, we fly to Kalapatthar and spend some time capturing awe-inspiring views. Then, we fly to Gokyo Lake and experience tranquil freshwater lakes in higher elevations. We explore these lakes and finally fly back to Kathmandu.

Normally the Everest helicopter flies from Kathmandu Airport to Lukla, surround by Gokyo lake, Everest base camp, and back via Shyangbuche. It takes around 3 to 4 hours including a fueling break along the trip.

Day 01:Fly To Everest Base Camp

Fly from Kathmandu To Lukla for fueling.

Fly from Lukla to Everest base camp and landing at Best place at Kalapathar for the picture.

Fly from Kalapathar to Syangboche Have Lunch or breakfast.

Fly from Syangboche to Lukla for Refueling and Fly back to Kathmandu.