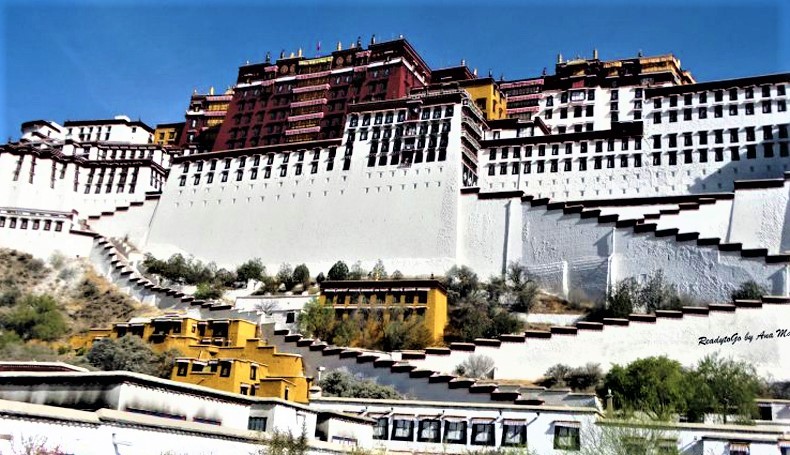 Lhasa Tour 4 Days in Tibet is considerably a popular land of mysterious culture and the land blessed with natural beauty for the whole of mankind which always makes Tibet uniquely distinctive from other tourist destinations across the world. The travellers who are keen to know ancient Buddhist culture and sacred Buddhist heritages including ancient monasteries find the Tibet tour really a rewarding tourist destination. This 3 night 4 day Lhasa Tour takes you to one of the ideal destination, Lhasa, a beautiful city enriched with its own distinctive history and culture which infatuate all sorts of travellers. They find themselves busy in exploring and experiencing ancient Buddhist culture and its history there. It seems as if it is an isolated part of the world having its own culture and history since immemorial that makes one’s journey a lifetime memorable.

Not only Lhasa tour is culturally enriched but also has the natural splendour that satisfies the travellers tremendously. The breathtaking Mountain View with virgin snow, high plateau, magnificent mountain terrain, gorgeous valley, and the like are striking attractions of the Lhasa tour. Besides, the major highlights of the Lhasa tour are a visit around the town including the Potala Palace, Bharkhor street, a serene and pristine street, the Norbulingka (the Dalai Lamas summer palace) and the Jorkhang Temple which contains Jowo Shakyamuni, considered to be the holiest statue to all Tibetan Buddhists. You also will have the opportunity to visit the major monasteries in the Lhasa Valley including Samye, Drepung and Sera. And the Yamdrok Lake, a tranquil lake is also one of the prime attractions of the Lhasa tour. Then, you, finally, will fly back from Lhasa to Kathmandu.

Arrive in Lhasa either by flight or train. Tibetan guide will greet,receive you there drive to your hotel.You may view the Yarlung Tsangpo river/Bhamaputra River(The Longest and largest river in Tibet)and Lhasa River on their way to Lhasa .Take a rest ri acclimatize in high altitude after chech in hotel . It also possible to walk around Potala Square,and get amazing photos of Palace .Overnight in Lhasa.

Breakfast and sightseeing tour first visit the Polata is the winter palace of the Dalai Lama. Tibet Potala palace has 1000 chambers, the gilded burial stupas of formal Dalai Lamas and meditation cave of the 33rd great king of Tibet. After lunch, tour to Jokhang temple built bt the 33rd great king of Tibet in the 7th century to promote the Buddhist religion. Barkhor Street Id the local Tibetan street around Jokhang temple, you can walk with pilgrims and locals, and shopping local Tibetan souvenirs there.

Breakfast and continue the Lhasa tour to visit Drepung monastery, one of the great three” Gelug monasteries of Tibet biilt in 1416 by Jamyang choge ,one of the Tsongkhapa’s main disciples.Ganden palace used to be Dalai Lama’s palace in the Drepung before he moved to the Potala palace .In the afternoon ,we visit Sera Monastery ,one of the “great three”Gelugpa monasteries of Tibet built in 1419 by Jamchen Chojey ,one of the Tsongkhapa’s main disciples.The Monks debate at around 3-5 in the afternoon is tha main attraction of Sera Monastery.Stay overnight in Lhasa.

Breakfast and your tour guide will transfer you to Lhasa airport or train to continue travel to Kathmandu or mainland China.

Lunch and dinner during the Tibet tour, it costs about USD 3-15 per person for one meal in Tibet.

Tips for tour guide and driver